EDITOR’S NOTE: Welcome to the first edition of our new series, OUT OF STEP. Cinepunx has been lucky to feature some interesting and creative writing around film and music on the site, yet we have never featured current film reviews. We intentionally avoided this kind of writing for two reasons. One was because there are so many film websites that cover new films already, and quite well at that ( CINAPSE, BIRTH MOVIES DEATH, SCREENCRUSH). The second one is that we discuss new films on the podcast, so why repeat material? Finally though, one of our major motivations was simply avoiding the pressure of having to constantly publish the latest opinions on all the films, both great and awful, which hit theaters. OUT OF STEP exists for those rare times when Cinepunx has a writer or friend who has something unique or interesting to say about a new film. Big thanks to Toy Adams for starting this feature for us.

Nihilism stalks a group of frontier men—primarily consisting of trappers—as they venture back to their fort, retreating from an indigenous raid on their camp. They were on a hunting excursion to gather pelts in order to earn a living and make ends meet. One trapper, Hugh Glass (Leonardo DiCaprio), slowly becomes the narrative’s focus, just as John Fitzgerald (Tom Hardy) rises to the fore as the film’s primary antagonist. Fitzgerald is an archetype for the one-dimensional “bad guy” whose actions have no known motivations apart from survival and unspecified monetary gain. Glass, apart from almost dying in the raid, gets mauled by a bear and left critically injured. His fellow survivors find him underneath the massive corpse of the dead bear, which can be considered the central image for his entire character—a man that’s barely breathing under the enormous weight of death. His comrades tried to pack his groaning body back to the fort with them, but they all eventually decided that he wasn’t going to make it. What’s more is that he was slowing them down. Staying back to tend to Glass’ burial arrangements, Fitzgerald murdered Glass’ son out of utility and left Glass for dead, half buried, in close proximity to the snow-covered body of his son. This occurs fairly early in the film and inadvertently spawns the premised “revenge narrative” in the film’s plot.

The reality is that Glass died in that lonely forest. Maybe he didn’t die physically, but something in him died; somehow he died when he watched Fitzgerald take away his son or when he crawled over and collapsed beside his son’s lifeless body. At this point, the film becomes a slow yet stunning ode to the resurrection of Hugh Glass. Though he isn’t merely resuscitated or nursed back to health—his scars are deeper than those left by the bear—he remains branded by death and its reality looms over him just like the creature’s lifeless corpse. If nothing else, this is the meaning of the film’s title, that is, “the ghost” or that which is brought back from death. Despite the possible misconception that Glass returns like a ghost for the sake of a hyper-masculine “gotcha” climax, swiftly followed by revenge, the truth is that his return from death doesn’t occur suddenly or shockingly for Fitzgerald at all. Instead, Fitzgerald is well aware that Glass has been found alive, is likely coming for revenge, and he even has time to steal inventory from the fort before he flees for his life (once again, with no clear end goal). Without even properly recovering from his injuries, Glass goes after Fitzgerald, continuously murmuring, “He killed my boy”.

Thus far, the problem with interpreting the core of this film as a “revenge narrative” is that so much time has elapsed between when Glass’ son was murdered and when Glass finally arrived back at the fort looking for Fitzgerald, that the emotive drive for revenge has all but dissipated in the viewer’s mind. It’s almost as if the audience must also keep reminding themselves, through the words of Glass, “Fitzgerald killed my boy,” and that’s why he needs to die. Put another way, if this film is meant to simply revolve around a father that wants to avenge the death of his son, it does a poor job of tricking its viewers into accepting such an angle.

Against those who say this film is a hyper-masculine tale of revenge, I think it is more akin to castration, at least in the sense of traditional masculine values. It circumvents the psychological need for revenge, focusing on the impasses of healing. Moreover, against those who describe this film as a two and a half hour long torture porn, it’s worth noting that the majority of that which has been viewed as grotesque, savage, or violent in the film comes from nature. The violent storms, the savage terrain, the grotesque need to survive by biting into raw fish and birds—even Glass getting mauled by the bear—are all naturally occurring realities. Nature is the ultimate offender, antagonist, healer, and motivator in this film. The cinematography eclipses the characters for the sake of observing nature’s impulses and drives, as they’re embedded into the soil and strife of Glass, Fitzgerald, and the former’s need for revenge upon the latter.

Fitzgerald isn’t even entirely ambushed by the semi-recovered ghost of the man he left for death; he puts up a good fight against the spectral avenger. The slow pacing of the film’s resolution rolls right into the final words of Fitzgerald, “You came all this way just for your revenge, huh? Did you enjoy it, Glass? Cause there ain’t nothin’ gon bring your boy back.” At the utterance of these words, not only does the need for revenge feel forced, it’s no longer even desired. The whole scene sets the audience at a patronizing distance so that all that’s seen are two bloody men rolling around on a snow covered creek bank for emotionally unremembered reasons. We see that Fitzgerald’s motivation for killing Glass’ son wasn’t sinister as much as it was driven by anxiety and the need for survival—he actually thought he was doing Glass and his boy a favor; he even explains this again right before he dies in the final scene. We also see that Glass’ need to kill Fitzgerald wasn’t emotively necessary as much as it was narratively determined by an imposed necessity for revenge. These two white men, whose people have mocked their indigenous adversaries throughout the film as savage and uncivil, are wrestling within the lonesome fringes of the forest—behavior that’s no less savage than what’s been observed and scoffed at elsewhere.

It’s the moment when Glass let go of Fitzgerald that we see this isn’t a story meant to glorify the hyper-masculine need for revenge, but a demonstration of just how unnecessary and meaningless that this manufactured impulse is. After all, it isn’t going to bring Glass’ son back. Fitzgerald knows as much. In the end, what else is Glass to do? All he can do is crawl away, limping toward hallucinations of his late wife—barely breathing under the enormous weight of his unhealed wounds. 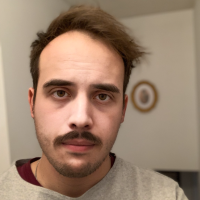