Horror as a genre can be both unrelenting in its ability to relegate a piece of art to obscure wings of public consciousness, and endlessly forgiving in the opportunity for a film to enjoy a second chance at immortality. Many horror movies that flopped or were critically panned on initial release are now cult favorites with passionate fan followings or genuine icons of cinema, and the experience of hearing about a film for the first time and finding it scratches an itch you weren’t even aware of is an endlessly intoxicating experience.

Which is why we’re going to talk about Dead & Buried.

The name Gary Sherman doesn’t necessarily carry any immediate cache even with horror fans (though we’ll get back to why it maybe should later), but if you dig into the Who’s Who of the folks behind this 1981 horror gem, you’ll find a murderer’s row of talent. First and foremost, Dan O’Bannon and Ronald Shusett — as in “We wrote motherfucking Alien” O’Bannon and Shusett — had (alleged) screenplay duty, adapting the novel by Chelsea Quinn Yarbro. Stan “I created the Terminator, the Alien Queen, the Predator, the dinos of Jurassic Park, and gotdamn Iron Man” Winston was tasked with creating the special make-up effects. Folks familiar with his creature work know Winston’s talent with suits and animatronics, but he also does a highly respectable job crafting the creatively gruesome deaths that seem to befall anyone who stumbles into the deceptively sleepy town of Potter’s Bluff.

Dead & Buried mixes several familiar elements into its cocktail, with an earnest-but-overworked local sheriff as our everyman hero; a seemingly-idyllic small town that has Dark Secrets; modern science grappling with occultism; and, if the poster wasn’t clue enough, supposedly dead bodies refusing to stay at rest. This isn’t a zombie film with shambling cannibalistic corpses or a simple masked killer on a murder spree; it’s playing with some high concept stuff wrapped around a genuinely compelling mystery with some solid turns. James Farentino is a rock solid anchor to the proceedings as Sheriff Dan Gillis and sells a compelling descent into panic as his sleepy hometown becomes an abattoir. Melody Anderson (Flash Gordon‘s Dale Arden herself) walks a very tricky line as Dan’s wife, Janet, turning possibly the biggest mouthful of exposition of the entire movie into a scene that’s equal parts creepy and kind of adorable. Genre-savvy viewers will even spot Robert Englund (minus his pointy glove and crispy hat and sweater) in a small supporting role, several years before he invaded our nightmares as Fred Krueger.

But one simply can’t celebrate this movie without bringing up Jack Albertson. Probably best-known to modern viewers as Grandpa Joe from Willy Wonka and the Chocolate Factory (yes, the good one), Albertson has a whopping 180+ acting credits to his name. From Vaudeville to the early 1980s (this was among his final performances), he never seemed to stop working, and if you’re only familiar him via his singing about candy, this will be a real treat. Albertson is an absolute delight as eccentric mortician William Dobbs, and is very clearly having a total blast bouncing off of the rest of the cast, wandering into whatever creepy crime scene Sherman sends him to next.

As director, Gary Sherman doesn’t layer on a lot of the attention-getting flourish that defined a lot of ’80s horror cinema, but looking closely reveals that he’s definitely the right craftsman for the job. Not only does Sherman know how to shoot a good gore effect (the filmmakers evidently knew they had something special on their hands with Winston and made sure the audience got a good look at his work), but he can also turn on a dime. Dead & Buried opens with a languorous sequence of a photographer on a beach, complete with serenading sax and piano, golden sunlight, and beautiful scenery, only to swerve sharply into a violent killing. The film has a real sense of atmosphere, balancing creeping paranoia when following Dan’s investigation with shock and bombast during the bloodshed. Sherman also cannily layers elements into the background to ensure the audience is biting their nails as characters go about unawares of imminent danger, and even throws in a few slick Fincher-esque “matching camera movement to the actors’ movement” shots. Night scenes are shot with perfect clarity when we need to follow a character slinking around in the shadows, but also descend into inky obscurity when there’s only panic and a flashlight to guide the way.

This film really is overdue for a mass reassessment and/or rediscovery. It packs a lot of meat into a very lean 93 minutes, continually ups the ante with an elegant sense of pacing, is careful of what to spell out for a viewer and what to merely hint at, and is one of those horror films that knows precisely how to build to a crescendo and then end precisely where it should without wasting any of your time.

If you’re already a fan, spread the love. And if not? Don’t let this one stay buried. 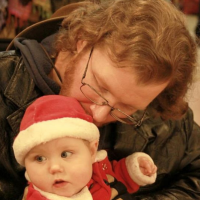 Brendan Agnew is a preschool teacher, a film enthusiast, a music lover, and an all-around insufferable dork who likes to foist his goofy opinions about various media on unwilling suckers. If that sounds like your jam, you can follow him on Twitter (@BLCAgnew) or read his longer ramblings at http://normannerd.blogspot.com. If not, just remember to always be excellent to each other.