People across the United Kingdom sat down at 9 p.m. with their tellies tuned to BBC1 expecting some quaint Halloween japes, the kind that viewers were used to seeing from a channel famous for transmitting The Two Ronnies and Only Fools and Horses. But what transpired that fateful night would not only shock, appall, and terrify people across the nation, it would also lead to more disturbing and unfortunately fatal circumstances. Such was the power of Ghostwatch.

I was 14. By then, I had already been exposed to a whole bunch of films that I shouldn’t have, be it The Evil Dead and The Exorcist (both still banned at that point in the UK) or Robocop. The night I sat down with a friend and my parents and watched Paul Verhoeven’s masterpiece went down in legend, not least for the amount of “fucks” that we heard during that viewing. Horror movies didn’t bother me hugely; when they did it was monsters, notably those of the Rick Baker kind. Seeing The Incredible Melting Man at an early age, followed by the transformation of An American Werewolf in London and his remarkable suit for the 1976 King Kong remake resulted in some terrifying experiences. So Ghostwatch wasn’t to be taken for granted, but its secret was that it blurred the lines between fiction and reality, and not only that, but our child reality. Regan may have been a terrifying levitating demon, but she wasn’t on our TV every night interviewing Mick Jagger or Muhammad Ali.

To try and explain it to a wider geographical audience (i.e. the USA): imagine watching ABC or NBC on Halloween. You’re witnessing a special hosted by Dan Rather all about paranormal investigations. In the studio with Dan is Regis Philbin, out on the streets is comedian Mike Myers, and checking out the spooky goings-on in an actual supposed haunted house is Kathie Lee Gifford. And the shit hits the ghostly fan. In reality (or at least some version of it), Ghostwatch was hosted by legendary UK talk show host Michael Parkinson, with Mike Smith alongside him in the studio. On the streets was comedian Craig Charles (of Red Dwarf fame), while investigating the house was Smith’s real-life wife Sarah Greene.

So what we all saw were crazy goings-on in the studio and outside. We were introduced to the apparently malevolent poltergeist “Pipes,” who was terrorising the house Greene was in, and from there on we were confounded by fake experts, skeptics, and increasingly weird stuff happening. Scratches started appearing on the children in the Pipes house, there were some particularly disturbing events in the house involving cats, and eventually Pipes trapped poor Greene before possessing Parkinson, with it turning out that everyone watching the show had turned it into a nationwide seance.

The next day, the school yard was of course abuzz with talk of the programme and frankly how it had scared the shit out of all of us, despite the fact that we probably shouldn’t have been watching it. But the brilliant thing was, it was all bullshit, part of the BBC’s Screen One series. It actually had opening credits with writer Stephen Volk credited, but we were kids, we didn’t pay attention to that. Another draw for us is that Greene spent a fair amount of time previously presenting children’s television — we knew her intimately, and more than that, we trusted her.

It turned out that the house scenes were shot a month and a half previously, so everyone in the live studio were just reacting to footage they had already seen. Still, when we saw Greene disappearing and Parkinson start mumbling nursery rhymes while his eyes went all crazy and the studio lights died, we were absolutely terrified, to the point where Greene had to go on TV a few days later to explain to the kids that she hadn’t really been violently murdered by a pesky poltergeist named Pipes.
Having watched it as an adult, knowing it was actually a drama, it was still a thrilling experience and quite chilling. It was really well put together from concept to execution, and is the kind of fresh and risky drama that doesn’t really happen anymore; I guess the American equivalent would be the Orson Welles radio broadcast of H.G. Wells’ The War of the Worlds. There was a phone number given out during the show which keyed callers into it being a fictional show, but so many called it that it was just constantly jammed. We all heard the stories that came after, that a kid had killed himself over it, and that the BBC were in big trouble.
Sadly, it was true. A teenager with learning difficulties who was apparently obsessed with the show committed suicide, and the BBC eventually apologised after the Broadcast Standards Committee said Ghostwatch was “excessively distressing and graphic.” The programme was not repeated for a decade and was generally unavailable until a 2002 DVD release.
Despite that tragic postlude, Ghostwatch remains a wonderful curiosity, an example of fearlessly innovative television and a brilliantly put-together film that still holds up as a document of a once in a lifetime event and a genuinely scary treat. Seek it out, but a word of warning: when you put your heating on and the pipes begin to squeal, just make sure you check them. You never know what might be around.
Ghostwatch is available to stream on Shudder. Listen to the Ghostwatch episode of Horror Business here.
Tags: bbc, BBC1, British horror, British television, Craig Charles, found footage, ghostwatch, horror, Michael Parkinson, Mike Smith, Shudder, Shudder streaming service 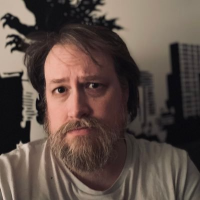 Charlie Brigden lives in the UK with many cats and tarantulas. His speciality is film music and he can be found writing for Roger Ebert, The Quietus, and Moviedrone, as well as producing his horror music podcast The Sound of Fear.

Review: Anything for Jackson

Cinepunx Episode 159: THE BROTHER FROM ANOTHER PLANET & NEPTUNE FROST