The door that creaks; the echoing footfall. A chiming grandfather clock in the hall. It’s the root of so many horror books and films that we rarely give attention to it:

The house, the home, the center of a woman’s life for thousands and thousands of years.

When one begins to tackle the tropes of what I think of as “domestic horror”– specifically, a woman being both physically and psychologically harmed, at home, by a partner or entity– it’s the home and family setting that makes the story all the more threatening.

It has left me to wonder: on the scale of one genre to another, is the opposite of Romance actually Horror?

In a recent episode of my podcast, Fuckbois of Literature, a guest and I tackled the classic romance novel Jane Eyre by Charlotte Brontë. Weaving through the plot points– Jane’s physical harm at her childhood home by her cousins, moving to a boarding school where she endures physical and emotional injury, then ending up at the famed Thornfield Hall with Mr. Rochester, only to be faced with more trickery and abuse we realized:

This has all the makings of a horror novel.

In fact, Jane Eyre has much of the same feeling as the classic psychological/domestic horror film, Gaslight, directed by George Cukor and written by John Van Druten, Walter Reisch, and John L. Balderston, as well as writer/director Jennifer Kent’s phenomenal The Babadook.

In Gaslight, ingenue orphan Paula Alquist Anton (Ingrid Bergman) is swept off her feet by piano player Gregory Anton (Charles Boyer). After only a two week courtship, he insists they marry and move back to the home she owns in London’s Thornton Square, where she lived until her guardian aunt, Alice, was killed. Throughout her marriage, Paula’s husband convinces her that she is insane and helpless, angling to have her put away, as he absconds into the attic to find riches left behind by Alice, whom he, in fact, murdered.

In The Babadook, Amelia Vanek (Essie Davis) is a nurse and caregiver, living with only her child after her husband Oskar, a professional violinist, was killed in a car accident. She is struggling with single-motherhood, and tormented by a child’s picturebook drawing of a demon seemingly come to life.

Jane Eyre, once she settles at Thornfield Hall, is subject to constant psychological abuse from her boss, Edward Rochester (who is also her crush, for lack of a better term). By dressing up as a female fortune teller, he tricks Jane into revealing her feelings for him, he lies about the parentage of his ward/daughter, and (the real coup de grace): he has kept his first wife locked up in his attic, and did not plan to reveal her existence to Jane.

In each instance, Jane and Paula are held captive in a home to which their rights are tenuous at best– Jane, who has no real rights to Thornfield Hall, though she is tasked with many of the activities of wifing and mothering; Paula’s husband is angling to gain power of attorney over her, and maintain possession of the house in Thornton Square and all its contents. Though Amelia declares often in The Babadook that the monster is invading “MY HOUSE!”, it’s clear that her ownership of it, while the monster is present, is at risk.

So, what makes two of these fictions horror stories (Gaslight and The Babadook), and what makes the other a romance (Jane Eyre)?

Paula, Jane, and Amelia all suffer from similar, haunting experiences: there are noises they cannot explain, goings on in the house that have no root in what they know to be true and accurate. Paula witnesses her gas lamps behaving strangely; Jane, on the other hand, wakes up to mysterious fires. Both Gaslight and Jane Eyre hinge on a secret being squirreled away in the attic, while The Babadook leaves a mystery deep in the bowels of the basement.

Jane Eyre is believed to be set contemporaneously to when it was published, in the year 1847, during the Victorian era. Gaslight the film is based on a play called “Gas Light”, which takes place in 1880, which is still, amazingly, Victorian. Though The Babadook is modern, much of the setting, and especially Amelia’s home, is in the Victorian style.

The heroines of each story behave well within the expectations of the time– searching out monogamous marriage with a man who makes decisions for her and her future family. In each case, Paula’s husband Gregory, Jane’s boss Rochester, and Amelia’s deceased husband Oskar are shown as mannered, classically educated, artistic, and socially superior to his wife, each noticeably older than their spouse. They are romantic ideals– men who run in the “right” circles and can offer social betterment for their female partners.

Of course, to readers and viewers, two of the husbands are, in the language of modern times, absolute fuckbois.

Both Rochester and Gregory use sexual appeal, offering it and withholding it, as a tool to manipulate the women of the story. Rochester, while Jane is working as his governess, parades a wealthy and beautiful heiress named Blanche Ingram before her, goading Jane into jealousy and further romantic feelings for him. Gregory, on the other hand, offers a flirtation to the family maid and causes a rift between the mistress of the house and her staff, isolating her in her own home.

Additionally, Rochester and Gregory hold monetary power over Jane and Paula. Rochester repeatedly “teases” Jane about her destitute upbringing, while Gregory accuses Paula of stealing valuables– including valuables that she technically owns. When a painting goes missing in their house, he responds with a violent outburst; when she “loses” a brooch he gives her, Gregory belittles her to distress.

In death, Oskar has left Amelia in working-class straits. Though the movie does not specify what she did as a profession prior to her widowing, when her violinist husband dies, Amelia is left to be a “pink collar” home care worker who has to borrow money from her better-off sister.

With such similar plot points of emotional turmoil, isolation, and even physical violence, where do the stories diverge?

In true horror movie fashion, Paula, our heroine, realizes she is being manipulated and the movie ends with a scene of her confronting the “monster” in her own home. He has been subdued and captured– literally tied with ropes to a chair by a police officer– and as she approaches him with a knife, feigning desire to cut him free and let him escape as he pleads for her to, she declares:

In the end of a horror film, the hurt and abused character gains power over the monster hurting her, and she is set free.

At the end of The Babadook, Amelia is seen gathering worms and maggots from the yard with her son, placing them in a bowl. She descends into her locked and bolted basement alone, where The Babadook lurks. She places at his feet an offering and meal of grubs, and returns above to her son, where she tells him when he is bigger, he might venture into the basement with her.

At the end of Jane Eyre, Jane returns to the destroyed Thornfield Hall, where Rochester has been left blind and maimed. When the blinded Rochester understands Jane has come back to him, she declares her dedication to him:

“…I will be your neighbour, your nurse, your housekeeper. I find you lonely: I will be your companion — to read to you, to walk with you, to sit with you, to wait on you, to be eyes and hands to you. Cease to look so melancholy, my dear master; you shall not be left desolate, so long as I live.”

In the end of a Romance novel or film, the couple must end with a “happily ever after” or “happy for now,” usually resulting in marriage, engagement, or implied commitment.

The Babadook ends with a nod to the viewer, through the promise from Amelia to Samuel that he may venture to the basement with her “when he is bigger,” that this is a long term, “forever” arrangement.

Jane ends married to Rochester and the revelation of their son together leads him to regain his faculties and sight. Rochester reveals to Jane that he can once again see when he notices that Jane has taken to wearing his watch chain around her neck. She has chained herself to him and he has revealed himself as once again coming into his faculties and, with the help of her surprise inheritance, social power.

With Paula emerging free of her monster at the end of Gaslight and both Amelia and Jane emerging with a “happily ever after” arrangement, one must ask:

Which is horror, and which the romance? 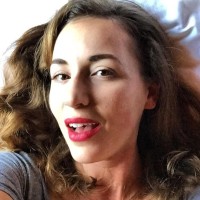 WHINE & CHEESE 3: THE MOON IS DOWN / KEEPING THE FAITH